September 3, 2018 Posted by Christine A. Chandler No Comments 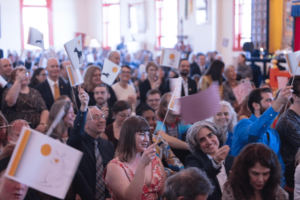 Shambhala Carries On in Their Denial

Besides the victims stories, and Andrea ‘naming names’ of perpetrators in this Phase 3, What is of most interest is :

Because this independent investigator addresses these acts as crimes and because Andrea is one brave whistle-blower, she has not let the inner circle stop her from publishing her experiences and this  independent report. She is the only one, so far, pointing the way to the direction this has to take for real healing for victims to occur: That is  a criminal case must be taken against Shambhala and the forty-year enablers of this egregious abuse such as a call for a Federal Investigation as Catholics are demanding about the cover-up of abuses by their holy men.

This last report has left  Shambhala crazed as both they, and their partners in sexual abuse crimes, the inner circle of Sogyal’s Rigpa International, are starting to revert to their usual attack mode of blaming the victims.  These two Lamaist groups, Shambhala and Rigpa, the worst of the sexual abusing organizations, whose leaders both illegally kept harems of women, have been coordinating their cover-up for at least a year.  Putting a lie to the false narrative, promoted by the mainstream press and Tibetan Buddhist journalists that these are ‘rogue lamas’ or ‘bad boys’, acting alone, or that there is ‘no overarching coordinated hierarchy’ of Tibetan Lamaist groups that have covered up their Tibetan Tantric abuses for decades, with the help of these same  ‘journalists’ and devotees.

Shambhala certainly thought they had  Andrea fooled, but her reasoning mind is intact, and her concern for getting this information out to the public overrides any lingering nostalgia for Shambhala.   But, don’t forget, there are big bucks behind the enabling circle for these Lamas,  including the billionaire, the  Chinese  R.N. H. Ho,  who is clearly funding a whitewashed  Tantric ‘Buddhism’ for both East and West,  Setting up foundations and giving big bucks to hospitals, and the University of Michigan and museums for his ‘Buddhism’  which is really Tantra. Is Ho, or someone like him,  bankrolling Shambhala’s clean-up crew that appears to include Weinstein’s damage control experts?    Shambhala is probably close to bankruptcy and Osel Mukpo, their feckless leader and number one alleged abuser,  has been stashing most of the donations away, over the years, for his own personal use,  so where are they getting the money?

It would be a hop skip and a jump to criminal procedures, if more of these ‘dharma brats’ would come forward, and following Andrea’s motivation to care more about helping victims, than protecting their abusive leaders, they  join her in bringing these abusers and their abuses to the light of day.

Again,  here is Andrea’s report that includes the independent investigator’s report as an Appendix.

From : Enthralled: The Guru Cult of Tibetan Buddhism:  Part[...]

A high Tibetan Lama’s Teaching in Non-Duality Dzogchen Update:   The[...]

Shambhala’s Partners in Crime and Cover-Up Shambhala Internationa Partners In[...]