Rigpa Publishes Result of Independent Investigation of Sogyal of Lakar : The More Things Change the More They Remain the Same

Home BlogRigpa Publishes Result of Independent Investigation of Sogyal of Lakar : The More Things Change the More They Remain the Same

Rigpa Publishes Result of Independent Investigation of Sogyal of Lakar : The More Things Change the More They Remain the Same 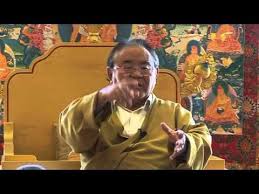 No Criminal Charges Against Sogyal, So Far

Sogyal Will Go, But the Tibetan Lamaist Lineages and their Western Enablers of Institutionalized Sexual Abuse Will Remain

The overriding hierarchy of institutionalized sexual abuse of Tibetan Lamas, legitimized by their Tantric teachings,  who have coordinated the cover-up of their sexual abuses for the past forty-five years, with the help of  their western enablers, a naive public and the main stream media,  breathes a sigh of relief, today.

The Rigpa independent investigation allows Tibetan Lamaism, the root cause of  all this sexual and other abuses– its thousand-year-old  Tantric guru yoga cult,  posing as the ‘highest Buddhism’ – to remain undiscovered and still off the radar.

Whilst I have seen evidence that many people feel that they have benefitted greatly from having Sogyal Lakar as their teacher, individual experiences are very different. There are varying degrees of closeness to Sogyal Lakar, with the closest relationships regularly referred to as the “inner circle”. The experiences of some of the members of the inner circle are very different from the experiences of many of those who are less close.

Not all of the allegations against Sogyal Lakar are upheld . . . but based on the evidence available to me, I am satisfied that, on the balance of probabilities:

a. some students of Sogyal Lakar . . . have been subjected to serious physical, sexual and emotional abuse by him; and

b. there were senior individuals within Rigpa who were aware of at least some of these issues and failed to address them, leaving others at risk.

Rigpa with its 100-plus centers around the world, released their own statement ‘acknowledging the gravity of the report’ and that they are ‘contemplating their role as an organization’ and how they “ may have contributed to this situation.“

There will clearly be no criminal charges against Sogyal Rinpoche,  favorite of the Dalai Lama, for  having kept an illegal harem or beating, humiliating, sexually and physically abusing his students, for over forty years,  and for absconding to parts unknown to avoid extradition; at least not so far.

Rigpa will continue to “offer courses, programmes, seminars and retreats led by Rigpa teachers (the same inner circle that enabled the abuse, one presumes) and, most significantly the “visiting teachers and lamas, especially from the ‘ancient’ Nyingma tradition of Tibetan Buddhism.”

In other words, from the same Tantric Lamaist lineages, particularly the ‘ancient’ i.e medieval  Nyingma lineage, that requires sexual consorts, as all these Lamaist lineages do, for their ‘higher practices’ to reach enlightenment. So, the continued sexual abuse in these Lamaist centers  is a given, since it is seen, in their Vajrayana teachings,  as a mere conceptual reality with no substance; a view that ‘all is an illusion’ and there is ‘ no good-no bad’ and those who see sexual abuse as ‘real’ are of inferior faculty’.

Further, the  same inner cabal of sexually-abusive and/or sexually enabling lamas, are planning to continue thought-controlling the membership in the ‘no-right, no wrong’ Tantra to ensure all this gets buried again.  How many times do we have to go through this before someone in the public reports this abuse to the authorities?   Such as the investigators?

The  Rigpa Report, minus the victims statements  can  be found here:

A necessary start is filing criminal charges against these lamas like Sogyal and the Shambhala leader, Osel Mukpo.  Those programmed deeply inside these Tibetan Lamaist cults,  with fear and undue influence, that continues, are not going to do that without a public outcry.

Leaving it up to cult members to report abuse,  and take criminal charges against their abusers,  is leaving these victims of abuse still unprotected.

There should be a public outcry by now, starting with these ‘investigators.”  Where is their  courage?  Where is their legal obligation as officers of the law to take federal charges against these abusers, for breaking the law, whose gurus even state publicly they are ‘above Western law” ?

After what they have seen and heard, don’t they have an obligation to report these criminal offenses to the proper authorities? 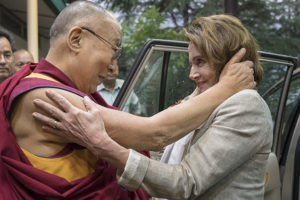 This Site is About Cults In Our Midst; Not Religion

Nancy Pelosi And Tantra Progressives Have Always Been ‘Les Idiots[...] 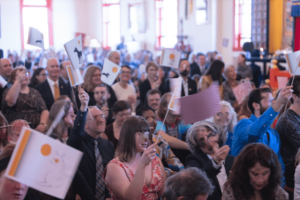 Sign the Petition Here to Prevent Shambhala International’s Leader From[...]

The Catholic Church has decided to embrace the Tibetan Tantra[...]