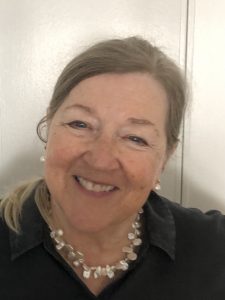 I did not choose to become a Tibetan Tantric Vajrayana Buddhist. Like most people these Lamas attract, I was in a high demand, stressful field, specializing in child abuse investigations and prevention,  at the time I entered that Shambhala shrine room in Boston in 1984. An appropriate year for the beginnings of my Orwellian nightmare, a la Lamaist style, with a Mindfulness hook.

I have three post-graduate degrees in Psychology and Family Systems Theory and was licensed as both a LICSW Social Worker and a School Psychologist in three states.   But that did not help me. Psychologists, psychotherapists,  social workers, and other ‘soft science’ academics have been the main targets of the Tibetan Lamas and their western inner circles for the last forty years.

In fact, the more educated, the more easily the lamas could recruit us as their change-agents to spread their amoral Tantra. Why? Because often more academically educated people do not believe they can be fooled and can be filled with a hubris, and subsequent cognitive dissonance, that refuses to admit they were duped, profoundly.

“Not me,” they say. That is a common characteristic of academia these days, and has been so in other times, when nations were in danger of being taken over by the same dangerous ideas. Vichy, France, and 1933 Germany come to mind.

So, little did I know that one of the worst forms of sexual abuse, the religiously justified kind, was hidden inside these Tibetan Lamaist groups. This never becomes clear to recruits of Tibetan Tantric Buddhism; not for years.

Instead, its form of mindfulness meditation was presented as a simple breathing and meditation technique to help with stress and relaxation in a busy world. Encouraged to keep coming back, this meditation instruction evolved into something much different: Tantric Buddhism that was medieval Lamaism; misogynistic, authoritarian, and inimical to individual freedoms,  to its core. Particularly for women, living in free western democratic societies  these Lamas are here to help destroy;  by stealth.

How? By helping shut down a critical mass of the reasoning abilities of the western population.  “Stupid Shamatha” the Lamas called it.

Rooted in early Hindu Tantra, Tibetan Buddhism, with its first mindfulness technique, has westerners, over time,  come to believe there are no facts, no right, no wrong, no good and bad; that the world is just an illusion.  Further, Truth is relative and fluid; that there is no factual history, only the Lamas’ divine history. Eventually, no individual, no boundaries. No nations.

Mindfulness was the vehicle used to accomplish this belief structure that changed educated, liberal westerners’ values, over time.  Clueless about being part of an Agenda not of our own making. Tibetan Lamaism has been one of the tools to march us all in a Globalist Communitarian direction; making us more passive and easily controlled as citizens. Mindfulness is a big part of the Globalist Agenda to create World Citizens; obedient and accepting of authoritarian regimes.

I wrote my book based on the decades I spent studying with dozens of lamas, the research of those daring to be critical of the Lamaist system who have come before me, and the work of cult experts, such as Margaret Singer and Robert Lifton. Their landmark research and publications on the nature and characteristics of cult groups helped snap me out of my Tantric trance.

This book also comes out of the years I spent in the center of a vast, interconnected and overarching hierarchy of Lamaism, that pretends to be decentralized and non-political but is Machiavellian in its ambitions and goals.

Having taken care of the son of the late Chogyam Trungpa Rinpoche, a high Tibetan Lama, considered the pioneer who first brought Tibetan Tantra to the West through his Shambhala teachings, this unique position gave me both an intimate and a bird’s eye view of the anti-western milieu Tibetan Lamas, and their western inner circles create, and then spread throughout our democratic institutions.

Trungpa’s Lamaism,  and his occult New Age/ Tantric teachings are here to replace our Western democracies with something much worse, based on the most profoundly misogynistic, androcentric priestly dictatorship, that lost its own country to another dictatorship, that was horrified by Lamaism, but now sees its uses.

Its Mindfulness was the first cult technique, that got us to think like a herd of obedient sheep; infantilized and believing in fairytales and throwing away five hundred years of  Western civilization and its Judeo-Christian roots.

Which is what we now see happening all over the world.

The Lamas and their western helpmates never expected anyone would reveal their secrets, as I have done; willing to face the attacks by their ‘compassionate’ adherents, those still stuck in the Lamaist cults, who hope they can censor all criticism of their mindfulness movement and their gurus while presenting themselves as the religious answer to a Brave New World.

With my head remaining above water, and subliminally taking notes; unconsciously filing them away, when I snapped out and regained my western enlightenment, called Reason, I had to report back to the home front, when I landed on solid earth, again.

At about the same time my book was published, documenting the decades of abuses and cover-ups of Shambhala International and Lama Sogyal’s Rigpa International, both of these Tibetan Buddhist organizations have been rocked by scandals again, in 2017-2018. The mainstream media was beginning to see the tip of the iceberg, as I tried to reveal the depths and why this medieval Tantric belief system goes against Western Enlightenment principles.

Once the Tantric vows I took with these Tibetan lamas turned to dust instead of me,  if I revealed their secrets, my past professional oaths as a social worker, family therapist, and psychologist kicked back in, to report truthfully, and without equivocation, the harm and abuse that I witnessed and experienced, inside the Guru Cult of Tibetan Buddhism.