The University of Michigan’s College of Literature, Science and the Arts has received a gift of $2.5 million to establish the Khyentse Gendun Chopel Professorship of Tibetan Buddhist Studies,  which will serve to expand the already largest “Buddhist” Studies Program in North America.

Only one problem. It is Tibetan “Buddhism”, i.e. the Vajrayana Tantra of the Wheel of Destruction,  the real mythology of the Dalai Lama and his Tibetan ‘Buddhism,’ behind his sweet smile.  And it is nothing the Buddha ever taught.

It is going to enhance and expand Tibetan Tantra and its chaotic influences in our democratic societies, particularly in the United States, where it appears masters of oppression have taken over as the ‘liberators” once again,  through the foundation of Dzongsar Khyentse.

You know Dzongsar Khyentse, the lama who rushed to mindfully lobotomize the Rigpa cult members of the notoriously sexually abusive Lama  Sogyal, (after being  tranquilized with a month-long mindfulness dathun from Shambhala International’s, pre-imploding inner circle)  with his declaration that “the Vajrayana was above Western Law.”

Lama Dzongsar is bankrolled by the wealthy Tibetophile, R.N. H. Ho, his favorite Chinese billionaire, who wants to establish a Buddhocracy all over the world. Most particularly in the West and in China. A Buddhocracy based on Tibetan Tantra that he is helping to promote as just ‘Buddhism.’

The Chinese Karmapa, recognized by both the Dalai Lama and the now-totally-corrupted Karme Kagyu lineage, and its spin-off  Lamaist sexual abuse organizations like Shambhala International, has been fooling our former liberal, now- left-of-center politicians; our former academic institutes of no-longer-higher-learning; our  CEO s of our mega-corporations, and now our medical communities, for decades. 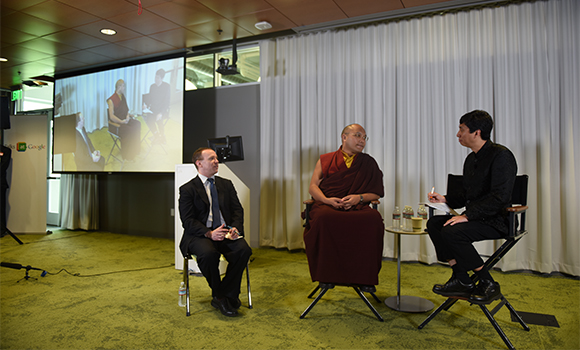 R.N. H. Ho, gifting millions to ingratiate himself with universities and hospitals and the Arts, has clearly seen the benefits of mindfulness meditation done too much and too long, in groups over time.  He has particularly seen the benefits of lamas like Dzongsar Rinpoche who believes he is able to twist and fool more westerners with his ghost-written doublespeak Tantra,  much as has hedge fund billionaire Ray Dalio seen the benefits of the Maharishi Foundations of TM,  promoting its own version of mental health, similar in its passive outcome: Transcendental Meditation. Dalio has been giving millions to David Lynch’s foundation; John Hopkins Hospital;  and other venues, where his brand of ‘how to dim the reasoning abilities’ of the West will permeate:  a guru-worshiping chanting, disguised as a personal mantra.

If you did a survey of Western Tibetan Buddhists, you would find that many of them check off  “no religion” on the U.S. Census and other surveys.  This hides the explosion of three generations involved with gurus and Tantra’s chaos, now paired with a leftist political agenda, that is really a fascist movement in the guise of greater democracy for all.

Most of Trungpa’s early students were left radicals. Many still are. Most first had Hindu gurus and/or came into  Lamaist Tantric Tibetan Buddhism through Transcendental Meditation (TM©).

These are guru-worshiping Hindu Tantric Tibetan organizations of the occult,  now politically hooked up with a socialist agenda, that is really the right-wing amongst us.

We have been here before.

Tibetan Buddhism and Transcendental Meditation are guru-worshiping cults of Indian shamans and sorcerers promoting guru-worship and institutional and religiously justified sexual abusive and  not  what the Buddha taught,  who are here to spread  their three-stream meditation technique to create a larger population, a critical mass in fact, who no longer are able to judge good from bad; right from wrong, and will be less able to reason.  Who will prefer to be in a trance that they believe is ‘enlightenment.’  And who will feel compelled to bring everyone else under this spell as well.  This will make more people passive and pliable, stupid and confused; not enlightened as they claim. We can already see its effects now all over our western nations among liberal progressives, clamoring for things that will destroy their own freedoms.   We were their targeted group long ago.

It is not a healthy thing when The New York Times former Managing Editor in Chief’s wife  is in love with Tibetan Lamas and their Tantra and sits on the Manitou Foundation Board of the Eco-Cult Prophetess of the Spiritual Alliance for the future,  Hanne Strong, wife of the notorious Canadian Oil robber baron,  Maurice Strong who was honored by China and given a Communist send-off. His surviving wife is a Tibetan Tantric Buddhist herself, and promoter of the 17th Chinese Communist Karmapa; along with her other Board members.  Not a good thing, at all. * © Christine A. Chandler, M.A., C.A.G.S.

By the way, naming the Foundation by the Lama Gendun Chopal, who recommended 11-year-old girls as the best sexual consorts for Lamas is another bird in the face of the West, by those Tricksters Dzongsar Khyentse Rinpoche, Communist China and their billionaire Ho.   Why do you think Shambhala International was reading and then grooming all those 11-year-old girls at Shambhala Sun Camp?

* Seymour Topping’s wife is no longer listed on the updated site.  These organizations have been taking down or reworking their breadcrumb trails but hard copies are available upon request, and can still be found with some digging.

The Catholic Church has decided to embrace the Tibetan Tantra[...] 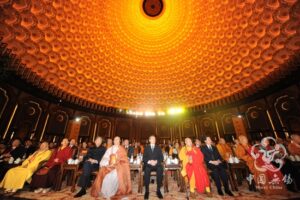 Transgenderism and Tantra: First, let me say , I have[...] 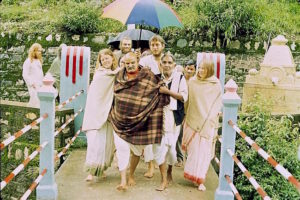 Zuckerberg Has a New Guru