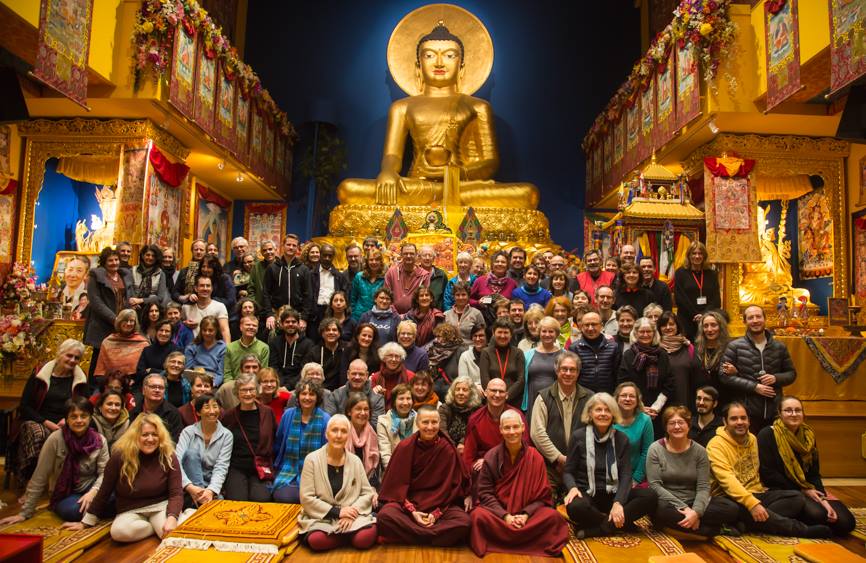 Despite  Lewis Silkin independent investigation into Sogyal Rinpoche’s abuse and the ruling of the UK Charity Commission, that his main enabler of abuse is to be watchdogged until 2026,  Patrick Gaffney is teaching an online retreat for Rigpa. ( update: webpage for this retreat has been scrubbed as of Sept 28, 2020).

But, a quick glance at any Rigpa website will show that the same players; i.e. the  enablers/exploiters in the Lamas ‘overarching colluding Lamaist hierarchy’ are still working their sanghas together; and busily taking over Sogyal’s centers. The same Lamas and their inner circle of western mental slaves. The same players that  have been sexually abusive, and/or enabling, the misogynistic medieval exploitation of western students, as I exposed and named in my book. And, warned that they will  probably NEVER CHANGE. They don’t believe they have done anything wrong. Their Tantric Buddhism recommends young females as essential for their delusional beliefs.   They will continue to be on the prowl. Besides, they have the corrupt mainstream media protecting their backs.

Plus ça change, plus c’est la même chose.  “They more things change, the more they remain the same”; as they have for the last thousand years in the atavistic, diamond vehicle of medieval Tantra.

“Minding Our Own Business”   was a Perfect Title and doublespeak message for this online retreat,  to cowered devotees who stay in the fold to keep “keeping the secrets.” Tibetan Tantra is the most powerful mind-control in the world, no doubt now.

China,  and other nefarious influences in our Western governments, have realized that.  The Lamas have Soros and other corrupt billionaires watching their backs, too. As well as the NYTimes, Washington Post, and Hollywood, of course.

To take on as corrupt and insidious an operation like this, you have to know how deep the Buddhist swamp is and who all the enablers/players are.

Tibetan Lamaist occult guru-worshipping cults never let anyone else mind their business.  Certainly not through the Laws of the Land they believe they are colonizing for China and the Globalists.

Every single Lama abuse, and reports of corruption that finally came to light in the recent  years, because  of whistle blowers’ reports, including reports of pedophilia and sexual grooming of young girls, was never prosecuted.

Why? Because Tibetan Lamas, and their western inner circle, unknown to the public, have a vast schemata of teachings and practices to keep their devotees compliant;  vowing to keep their Lama’s secrets and shaming those who “speak ill of their God Kings” as going to Rudra Hell, if they disparage the Lamas. Keeping them  double-minded, ashamed and confused.  They are also programmed by a belief  that ‘reconciliation’, and apologies are enough from sociopaths who just mouth the words; or don’t bother.

This needs a RICO investigation into the vast, overarching hierarchy of institutional abuse in these Tibetan Occult Lamaist groups that keep infiltrating and recruiting with their peaceful, mindfulness facade.