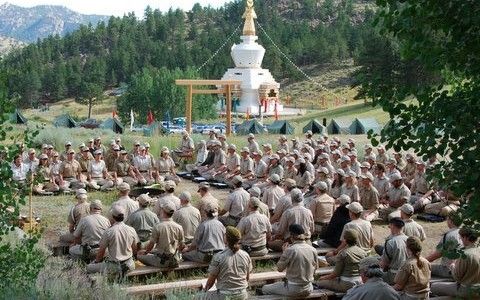 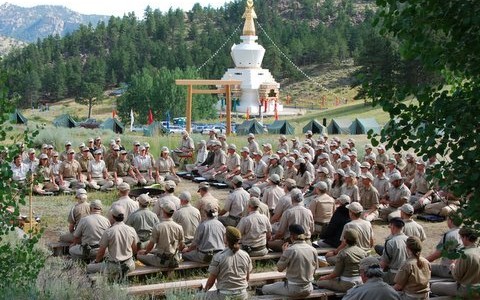 Finally, an investigation of sexual abuse of just one of the hundreds of  Tibetan Lamaist cults in the United States,  Shambhala International, that engage in egregious sexual abuse of young students, and has for over four decades on U.S. soil.

I wonder how many of the Tantric mind-controlled, cult members of Shambhala International, programmed to not even see the abuse let alone report it, will wake up and come forward?  We will see.   It will require the rest of the world waking up first.  Because it will not happen from within.  The ‘undue influence’ goes back centuries in Tibetan Lamaism. After all, it kept Tibet a slave and permanent serf territory under the head  Lamas’ mystifying net for twelve hundred years.

” What surprised me was how few women have come forward, especially since I know that many of their experiences were as weird as my own. I know firsthand of at least seven other women who have slept with SMR, all friends of mine from long ago—and none of these women have yet come forward. (Women, where are you?) Of course I knew, and had always known, much of what had been going on with SMR—his womanizing, his sloppy handling of “relationships”, the string of hurt women in his wake, conveniently labeled after the fact as bitter or difficult. We all knew. Jesus Christ, WE ALL DID. I am astonished by the quotes given by senior teachers and practitioners who claim that they had no idea what SMR was up to behind closed doors. Are you kidding? WE ALL KNEW. WE ALL KNEW. WE ALL KNEW. We were all complicit. Myself included .” — From account (See above Sunshine Link)  by one of many young women in Shambhala International abused by Trungpa’s son, Osel Mukpo, a.k.a. “No Longer Great Mipham.”

What they all know, but have been programmed to forget,  is that women (the majority) do not come forward in these Lamaist groups–even mothers of young daughters; and fathers who do not protect their daughters from abuse, because they have been cowered and mind-controlled by these lamas to believe that perceiving this as ‘sexual abuse’ is a terrible fault in perception. A sign that you need more obedience, more mindlessness trance meditations, and devotion to the lamas as your spiritual guides and gurus. Both generations have been recruited, abused, cuckold and in this sexual circle of the  Lamas’ Tantra because they are in a Cult of  Tibetan Lamaism, not Buddhism. A Cult that has everyone eventually taking Vajrayana Tantric vows to NOT ever reveal the secrets of their Vajra Masters for fear of falling into Rudra Hell.

Vajra Masters ( I choke on this nomenclature now) like this small-minded acorn that didn’t fall far from the tree:  the son of Chogyam Trungpa who illegally kept harems of western women in Boulder and Halifax, Nova Scotia.  Who let his AIDS-infected Regent, seduce heterosexual men, killing one of them and who knows how many more.  All in the name of destroying democracy;  a ‘failed experiment’ he told us.

And let us not forget the inner circle of delusional men around these gurus who are also engaged in sexually exploiting women and girls;  nor the western women who, for perks and status in their Lamaist groups, have enabled and protected the abusers like Chogyam Trungpa, his son, his Regent, and all the Tibetan Lamas who commit illegal acts upon young women (and sometimes men)  or will  come to do so, in their ‘higher practices’ that place them above Western laws.

This is not a religion but a cult of sexual abuse whereby the abuse is justified and elevated in the Tantric teachings themselves. It is an apocalyptic cult with its own army of Shambhala “warriors” who delusionally believe, like all Utopian cults do, that they need to convert the world.

No,  not all religions are alike.  Like these eastern New-Age Tantric Hindu Yoga Buddhist syncretist mongers want you believe with their faux “secular spirituality.”

Tibetan Lamaism posing as Buddhism is a cult religion like the Sharia Law fanatics, with the same civilization jihadist ambitions and the centuries-long fear of female energy that they believe has to be suppressed and absorbed by ancient priesthoods.

New Age Christians, the hubris-filled  ‘Divine Within Types’  are also fundamental fanatics, but you can see them coming.

And, our left-leaning, anti-Christian media has always reported on them. Making sure to lump all Christians together in the “fundamentalist” basket while always giving the Lamas, who burn books they don’t like,  a pass.

The laws regarding sexual abuse in these cult organizations have to be changed to not only criminally charge these sexually abusive Lamas, but has to include the ‘undue influence’ peddlers of Western Buddhist inner circles, some of them ‘pimps’ for their gurus in these Tibetan Buddhists sanghas; who have lost their rational minds long ago after so much mindfulness. What they are really planning for you. While taking vows to never reveal their cult’s secrets. It will never stop unless a RICO investigation by the FEDS occurs. Go after their tax evasions that are massive.  This is a mafia of interconnected Tibetan Lamaist sanghas that are all getting very rich while destroying our Western civilization in the process.

It is time to start really calling out the CULTS in our midst and stop letting them hide behind ‘freedom of religious protection.’  End their bogus church and tax-free status.  A very good start.  Otherwise, we, as tax-paying citizens, are also continuing to enable their sexual, financial and religious abuses.

*  a term coined by  author(s) at https://speculativenonbuddhism.com/