Update:   The CAT abuse story about animal torture by Trungpa, as a lesson in Tantric non-duality for his closer devotees,  is no longer up on its Facebook page.

The Establishment Buddhist swamp, who want to smear those exposing this whole sick Tamale of Tantric Lamaism,  Shambhala International and these other Lamaist sects and their institutionalized sexual abuse, have many interconnected tentacles  and ‘friends.’  There are many concentric circles of enabling of these Tantric Lamas, who don’t want the whole truth about occult Lamaism,  and it’s destructive influences and institutional  abuse,  to be made public. They tied their careers to Tibetan ‘Buddhism’ and its corrupt lamas long ago,  and will do everything they can to keep covering up for the sexual and other abuses inside their groups.

Will these enablers of Tantra and its institutional abuse, be willing to sacrifice Trungpa,  to protect Tibetan Lamaism and the Dalai Lama and its mindfulness commodity?   I doubt it.   Not Chogyam Trungpa and his  faux- Sainthood;  who  has been the cornerstone icon of all their lies about these Tibetan Lamas.  They would rather embrace a  medieval, misogynistic neo feudalism with its non-duality, and anti-rationalism; its  superstitious dogmatism of Hindu and Tibetan Tantra, than tell the truth about this serial sexual abuser, harem keeper, cocaine addict and alcoholic, and now we find out,  animal abuser of cats to teach about ’emptiness’ and his sick ‘no-good-no-bad’ brainwashing of thousands of students who are now the mindfulness instructors at your local Shambhala centers all over the world. Or at your western psychotherapy clinics and hospital who are embracing this form of meditation, without research or question into its origins. Or at your ‘wellness’ clinics at major college campuses and Religious Departments at our Universities.  They will fight tooth and nail to make sure the public never discovers the truth about their Trungpa guru; their Tantric Master. They have weathered exposure before, and plan to again. The same goes for the Rigpa inner circle of Sogyal. In fact, they are using the same denial and now blaming the victims, again.

Tibetan Tantric ‘Buddhism’  and its new ‘secular disguise’  and mindfulness movement must survive;  if these enablers, including their flagship magazines,  Tricycle and Lion’s Roar  ( formerly Shambhala Sun) and Buddhadharma ( the propaganda magazine of the Chinese- colluding Karma Kagyu lineage of  Trungpa) ;  their mindfulness-trained ‘contemplative’ psychotherapists;  their Tibetology cult-member ‘scholars’ and Tibetan Buddhist ‘journalists’;  their academics and administrators at Naropa, still graduating more Tantric-influenced ‘change agents to change the world’ into Trungpa’s Tantric world,  are to survive. Few people realize how these enablers of decades are working behind the scenes to make sure no one goes to the police.

I have left this post up with the  link to the article, because there were  important comments here  of the people it helped.  Further, the  link where it can be found at F.A.C.T.- Families Against Cult Teachings  has extensive and documented  information about  this dangerous cult, Shambhala International,  and its recruiting college,  Naropa University, still spewing out hundreds, every year,  under the ‘undue influence’ of  Tantric ‘no-good no bad’ ethics,  unknowingly  programmed  to fulfill its sociopathic founder’s Grand Plan:  to destroy our democracy, its western laws, values and ethics,  from the inside out.  There are many victims of Trungpa’ influence, even after he is long dead. Thanks to his many Shambhala centers, Naropa, and his early western surrogates and  teachers of Tantra.  Who are still covering-up the abuse, now. 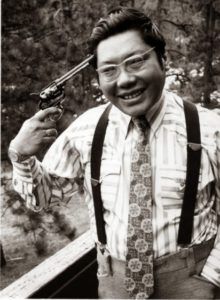 For one whistle-blower’s report,  whom they couldn’t shut up,  see Andrea Winn’s Phase III of Project Sunshine Report,  and the outside investigator’s report included on the sexual predation and now usual cover-up,  inside Shambhala and by default, Rigpa:

For a well-documented history of Trungpa’s Shambhala and Naropa’s abuses:

May the West wake up from its Shangri-la trance, and soon. It is time for a Federal Investigation of Tibetan Lamaism and its sexually abusive cults Shambhala and Rigpa,  along with the call for a  Federal Investigation of the Catholic Church.  Sexual abuse cults will not be able to deal with their sexual abuse ‘in-house’ for much longer, we hope. – Christine A. Chandler©